How Is Your Health?

Removing children's tonsils used to be a routine procedure years ago. In fact, almost 2 million tonsillectomies were performed annually by surgeons in the 1960s and '70s. According to the American Academy of Otolaryngology, there are now fewer than 600,000 of these procedures performed annually.

The reduction is due to physicians having different criteria they now follow to determine if a tonsillectomy is indeed necessary. Additionally, new medications have further reduced the need for surgical removal. However, some children as well as adults are still good candidates for tonsillectomies. Here's what you should know.

What Are the Tonsils?

The tonsils are part of the body's immune system. There are three different types of tonsils. The palatine tonsils are at the top of the throat, the lingual tonsils sit below the palatine tonsils, and the adenoids sit in the nasal cavity. These fleshy tissues act as a first line of defense against viruses and bacteria trying to enter the body through the mouth and nose.

Why Do Doctors Sometimes Recommend Removal?

Recurrent tonsillitis is one of the primary reasons for tonsil removal. Tonsillitis is when the tonsils become inflamed. The tonsils become swollen and sore, which can cause pain and difficulty swallowing. The person may also have a fever and swollen lymph nodes in the neck. The throat may be red or coated with a white or yellow biofilm.

Inflamed tonsils may come and go, disappearing on their own, or tonsillitis may require treatment with broad-spectrum antibiotics to clear up the problem. Chronic tonsillitis is more common in children than in adults. One case of tonsillitis does not warrant a tonsillectomy, but if a child has had repeated infections or strep throat in the past year or two, a tonsillectomy may be the best course of action.

Tonsils may also be larger than normal in some people. In children, the tonsils may be disproportionately large in comparison to the rest of their mouths. Large tonsils can cause difficulty breathing in both children and adults.

Snoring and sleep apnea may result, which can cause many problems in the person's life. Children and adults may be chronically overtired and suffer concentration issues, worsening of attention deficit disorders, behavior problems, and other medical issues.

How Is a Tonsillectomy Performed?

Patients are given general anesthesia to ensure they feel no pain. The doctor at an ENT clinic removes the tonsils in a procedure that only takes about a half-hour. Most people can go home the same day. Recovery can take up to two weeks. 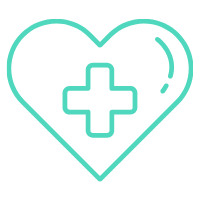 When someone asks you how your health is, do you know how to answer the question? There are so many different aspects of health, and even if you are doing well in one regard, you might be struggling in another. For instance, maybe you are lean and fit, but you're suffering from allergies. Perhaps you've been eating well, but your weight won't budge. We understand how vast the topic of health care and personal health is, which is why we created this website. The articles here focus on an array of topics, so you can explore your own health, the medical profession, and more.